This sacred tree has been planted in the historical Maha Megha Vana Royal Park in Anuradhapura in the month of ‘Unduvap’ (December), 236 BC, according to the written facts. The sacred Bodhi sapling has been ceremonially brought here by Arahant Sanghamitta Maha Theree, under instructions of Arahant Mihindu Maha Thero. King Devanampiyatissa who ruled Sri Lanka in this period has planted this Bodhi tree with great pageantry in the Maha Megha Vana Royal Park dedicated to the venerable bhikkhus. The present age of the Anuradhapura Jaya Sri Maha Bodhi is 2,247 years.

Accordingly, the oldest tree of the whole world with a written history is the Jaya Sri Maha Bodhi of Anuradhapura.
This tree belongs to the family of trees known as ‘asvastha’ in Sanskrit, ‘asvattha’ in Pali, ‘aesatu’ in Sinhala. Botanists have named it ‘ficus religiosa’ taking into account its religious significance.

Within a short period of bringing the Jaya Sri Maha Bodhi sapling to Sri Lanka, the original Bodhi tree of India was destroyed by Queen Thishyarakkha, a queen of Emperor Dharmashoka observing a different faith. The saplings sprouted from its roots were destroyed twice due to hostilities and natural disasters. It is a fourth generation Bodhi tree that dwells in Bodhgaya presently.

But, what we see living in Anuradhapura is the southern branch of the original Bodhi tree under which Gautama Buddha was seated with his back against it. Therefore, the Jaya Sri Maha Bodhi tree of Anuradhapura is the only sacred relic in the whole world comparable to the living Buddha, which has been sanctified by the touch of the Lord Buddha and was subjected to the homage of the esteemed one himself for one whole week through ‘Animisa Lochana Pooja’.

It is a specialty here that, this highly sacred Bodhi could be seen and worshipped by anyone without hindrance. 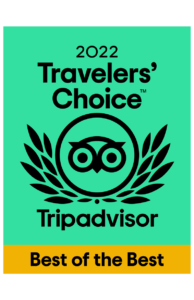